Excellent cuisine must be paired with exceptional service.

Ahmed has a passion for fine food and hospitality, with a degree in hotel and restaurant management, he worked at some of Morocco’s most well-known hospitality corporations — Hyatt Regency, Sheraton, Safir and Sofitel — covering all the bases: concierge, front desk, dining room manager.  Seeking to expand his worldview, he headed to one of Germany’s great retreats, Priem Am Kiemsee in the Hotel Feldhütter. Just 45 minutes from Munich, he made a name for himself at this fine resort as both front desk agent and dining room captain. A short time later America (and the mouse) came knocking, and Labbate seized the opportunity to utilize his background and European-style skills in an entirely unexpected way. He journeyed to Orlando, Florida, where he underwent intensive, elaborate training in “Morocco” — or at least in the Moroccan restaurant at Walt Disney World’s Epcot Center.

Labbate continued his quest for the best as a captain at Aquavit in New York City, alongside up-and-coming star Chef Marcus Samuelsson. Labbate joined the Charlie Palmer Group as a captain at Aureole, NY and Aureole, Las Vegas, then as General Manager at Charlie Palmer Steak at the Four Seasons Hotel in Las Vegas. Prior to joining Broadway, Ahmed was the General Manager at Charlie Palmer at Bloomingdale’s in South Coast Plaza. He dreamt of opening his own restaurant and is excited to be collaborating with Chef Amar.

Vaca is nestled between the world famous Segerstrom Center for the Arts and the premiere shopping destination, South Coast Plaza on Town Center Drive in Costa Mesa, California.

SUBSCRIBE TO BTC
Receive updates on our latest posts in addition to exclusive invitations to top Orange County events!
You can unsubscribe anytime and we won't share your email with 3rd parties. 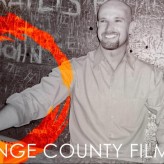 Sean is the Co-founder and Creative Director of Orange County Films.

Copyright ©2017. BEYOND THE CURTAIN MAGAZINE. All Rights Reserved.

SUBSCRIBE TO BTC
Receive updates on our latest posts in addition to exclusive invitations to top Orange County events!
You can unsubscribe anytime and we won't share your email with 3rd parties.
Scroll Up